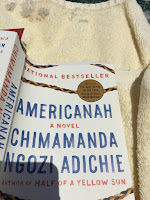 I’ve been a busy bee reading this summer on all my travels to this date. But probably the best book I’ve read so far is Americanah by Chimamanda Ngozi Adichie. I had just heard of Adichie a few days before when my daughter bought a book of her popular Ted talk called “We Should All be Feminists.”  I watched her talk and was intrigued by this outspoken young woman. Then a favorite young adult friend posted an Instagram photo of the book Americanah and said how much she liked it. I happened to be staying above a bookstore at Rosemary Beach and promptly went downstairs the next morning and bought the book and took it to the beach with me.  Not exactly beach reading, but the book became waterlogged and salty during the next two days on the sand. I couldn’t stop reading. The novel weaves both an epic love story of two young Nigerians and insightful social commentary on being black in America.

I was transported far from the beaches of South Walton to Lagos and Princeton – the two worlds of Ifemelu, the young woman who becomes a well-regarded blogger on race in America only to realize the limitations of her American freedom.  The life of an undocumented alien in London contrasted with that of a wealthy successful Nigerian man encompasses the story of her lover Obinze. Their paths come together in middle school in Lagos and later depart and converge as the story unfolds.  Ifemelu’s commentary on race through her blog is interspersed with the very gripping story of the two young lovers.  In this novel, Adichie holds nothing back in her thoughts on race and class and immigration through the fictional Ifemelu’s blog posts. Here’s an example: 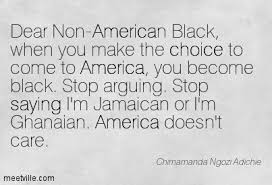 As I have said before, I read novels because they help shine a light on a way of life that I could never understand unless I have experienced it. I want to understand the world and get insight into other people’s reality. This is a love story, which has a universal appeal and helps me to see what it’s like to be a non-American black and an immigrant. Adichie is an important writer who needs to be read and heard. 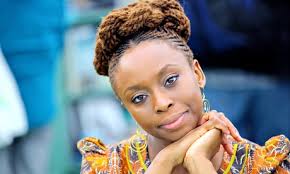 In the novel, a character says, “You can’t write an honest novel about race in this country. If you write about how people are really affected by race, it’ll be too obvious. Black writers who do literary fiction in this country, all three of them…have two choices: they can do precious or they can do pretentious. When you do neither, nobody knows what to do with you. So if you’re going to write about race, you have to make sure it’s so lyrical and subtle that the reader who doesn’t read between the lines won’t even know it’s about race…”

I think Adichie makes it clear that this novel is about race. In the fictional blog, the character Ifemelu says, “In America, racism exists but racists are all gone. Racists belong to the past. Racists are the thin-lipped mean white people in the movies about the civil rights era. Here’s the thing: the manifestation of racism has changed but the language has not. So if you haven’t lynched somebody then you can’t be called a racist. If you’re not a bloodsucking monster, then you can’t be called a racist. Somebody has to be able to say that racists are not monsters.”

After last week’s hideous shooting in Charleston, conservatives first labeled the shootings as anti-Christian, serial killings, everything but what they were. Until finally the racial motivations for Dylann Roof entering Emanuel AME church and killing nine black people after watching them in a Bible study were clear: He is racist and hoped to start a racial war. Now everyone wants to take down the Confederate flags. That definitely needs to happen, but don’t we need to go many steps further? We need to sit down with our black brothers and sisters and understand the realities of what they face. Black mothers fearing their sons will be unjustly accused of crimes. Young black men are being shot and innocent young black women are being thrown to the ground at a pool party.  Are you watching all this?  We are racist in these big ways and also in more subtle ways. This madness must stop,  but things will only change if we can name the evil lurking in our society.  Adichie helps do this in her brilliant book.  I hope she will keep speaking the truth in the darkness. 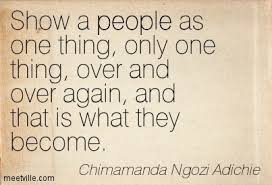 Posted by Harriet Riley at 10:19 AM No comments:

Under Magnolia, A Southern Memoir, was a great surprise. I wasn't sure if I'd enjoy reading yet another novel about growing up in the South. But Frances Mayes (known for her Tuscany books) used poetic images and elegant prose to describe growing up in Georgia in the fifties. Passages like this one "…Listening to women - playing bridge, shelling peas, visiting the dressmaker - those who were dead seemed present…" - evoked the women of my own childhood in Mississippi in the sixties. But like all Southern families I know, this  story was not without its damaged characters and twists in the plot line.   Her parents, unhappy with each other and small town life, drank and fought in the background and sometimes foreground of her childhood.  Her father died while she was in high school and her feelings about him were even more complicated after his passing.  His death left her alone in the house with her mother throughout her difficult teen years and their relationship was fraught with emotion. But her tribute to her mother later in the book is one of the most beautiful I've ever read.

"She will never lean toward the light, moisten the thread between her lips, and thread the needle. She'll never throw one sheet on the floor and pile on the dirty laundry. Brush her hair a hundred strokes….no more - placing blue hydrangeas in a glass bowl, scraping her rings on the inside of the black mailbox, boiling jars for peach pickles, dabbing a bath powder puff under her arms, refusing catfish because they're bottom feeders, bidding grand slams, pulling meat off the bone for chicken divan, hand washing a peach silk slip, surrounding the birthday cake with pink camellias…" This describes my mother and probably some of your mothers as well, if you grew up in the South. 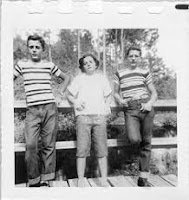 Mayes never directly says why she has never written about her family of origin and her place of origin. Her beloved Tuscan books certainly evoke a strong sense of place and identification of the culture of that place. Yet, I, for one never knew about her Southern upbringing.  Once Mayes moved to California with her first husband in her early twenties, she never looked back on her past.  California is a place of re-invention and Mayes did just that.  She says, "When I left the South at age twenty-two, the force that pushed me west was a powerful as the magnet that held me."  She went on to later buy the home in Tuscany and began to write her many books about Tuscany. Her genre is memoir and essay, so this book at age 75 is a long-awaited remembrance for her fans.  She did write a novel, set in Georgia, called Swan, published in 2002, but I think this memoir is Mayes at her finest with strong imagery and boldly accurate descriptions of small town Southern life. 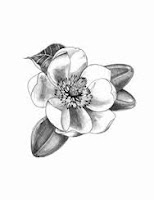 In the preface, Mayes shares what made her decide to write a book about her childhood. She was in Oxford, Mississippi, one of my favorite places, for a reading at Square Books, one of my favorite bookstores, and the feeling of being in a small town in the South brought back memories she had avoided for years. In fact, she said, "For years when I went back home to visit, I broke out in hives." As she wanders through Oxford and even visits Faulkner's house, the smells and sounds of the South that she had ignoring for years drew Mayes back in. She had long known the resemblances of Tuscany and the South - "the complex interconnections of family and friends, the real caring for one another, the incessant talk, emphasis on ancestors, the raucous humor, the appreciation of the bizarre, the storytelling, the fatalism, the visiting, the grand occasions…"  Now she realized that she wanted to go back to the South, to re-look at her past and to even live in the South. At the end of that visit to Oxford, Mayes called her husband and told him, "I want to move back South."  They did indeed move to rural North Carolina and Mayes wrote this lovely memoir about the South. Thank you Oxford and Square Books!  I was pleased to receive this book from Blogging for Books for this review.
Posted by Harriet Riley at 12:53 PM No comments: