Building a Fire in the Darkness

As a life long lover of books and the practice of writing, I was heartened (to say the least) by the audience at two events (in one weekend) recently where I heard the young adult author John Green speak. At the first event on a Friday night, I saw a packed audience of mostly teenagers stand up and actually cheer for him. Not only cheer, but scream and dance and sing for this author.

Just before I saw Green live and in person, I read two of his books at the request of my daughter, a nineteen-year-old college student. She has been reading John Green’s books since she was fifteen. She was so touched by his books that she wrote him an admiring fan letter when she was in high school. She said he “changed her life.” When I entered Pasadena High School near Houston, Texas for the reading on a Friday night, I realized she was not alone.

So what was the fuss all about? Green’s first book, Looking for Alaska, is about an outcast high school kid who goes to prep school in Alabama in an effort to “seek the Great Perhaps.” Like most teens, he was waiting to start his life. This character Pudge Halter, is fascinated with last words. In fact, he collects them.

Pudge’s life at boarding school definitely gets interesting as he meets his friends and in particular gets to know one gorgeous and crazy girl named Alaska. Their adventures and experiences at Culver Creek Boarding School are anything but boring. Not to spoil the book for anyone who hasn’t read it, but death is a major theme in this book. It’s really about teens grappling with the Big Issues like death.

Green started this book just after working as a student chaplain at a children’s hospital. The stories he heard there and the people he got to know inspired this book about teens and death. Even though just before the student chaplain stint he was thinking about becoming a minister, Green admits his relationship with God is complicated. But in this book, Looking For Alaska, he manages to leave a positive feeling with the reader. In fact, the characters find redemption. Green said in an interview, “I believe there is hope for us all, even amid the suffering – and maybe even inside the suffering. And that’s why I write fiction, probably. It’s my attempt to keep that fragile strand of radical hope, to build a fire in the darkness.”

Those teenagers on that Friday night in Pasadena certainly GOT Green’s message of hope in all his books. At one point in the reading, I kid you not, the audience actually sang the pop song, “Don’t Stop Believing.” Green’s fans call themselves Nerdfighters and have an entire subculture called Nerdfighteria. According to Green, Nerdfighters are nerds who fight anti-intellectualism. Basically they are smart and read books. And thankfully, there are a lot of cool teens who read John Green. His fans had been anxiously awaiting Green’s fourth novel, The Fault in Ours Stars, which was released in January and debuted at #1 on The New York Times Best Seller list for Children's Chapter Books and remained in that spot for five consecutive weeks. And you’ll be interested to hear Green personally signed all 150,000 copies of the first printing (already has double that number printed reprinted). My daughter went to our local bookstore on the day the novel was released to get a signed copy. She was not alone. The New York Times called the book “near genius.”

So this was the second Green book I read last month. Like in Looking for Alaska, death is also the theme in The Fault in Our Stars, which I finished just before Green’s appearance in Pasadena. In this book, two young cancer patients fall in love. Obviously Green also received the inspiration for this book from his time as a student hospital chaplain. He said TFIOS is the book he has been trying to write for the last ten years. The main characters - Hazel and Augustus - meet at the Cancer Kid Support Group and this irreverent book tells their story in a way that makes you laugh and cry a whole lot.

Green's genre is realistic teen fiction and he said that he finds teenagers interesting because a lot of interesting things happen for the first time to teenagers. He said how they deal with those events stick with them for the rest of their life. Cancer might seem like a cliché for a teen novel, but it’s not the stereotypical teen cancer novel. The characters feel real and even though the story is deeply sad, it resonates with humor and a joy for life.

So I haven’t told you about the second event that same weekend in January where I heard John Green speak. This was two days later on a Sunday morning. Green spoke to another packed audience at the American Library Association convention in Dallas. The librarians also cheered for him. They know him through his enthusiastic teens, but also because they are just as excited about his books as his younger readers. Green had been up late the night before signing books until 1 am at his reading in Austin and then driving in his tour bus (yes tour bus) to Dallas, arriving at 4:30 in the morning. He was tired, he said, but grateful to librarians for supporting him when the wider public did not know about his books.

His talk that Sunday morning in Dallas was about using social media to create community. Green said the people build real life connections on line and if librarians can infiltrate those discussions they can raise the level of discourse. Green has very astutely (or by accident, who knows) created a community among his readers, teens, librarians, booksellers through the media. His vlog -- http://www.youtube.com/user/vlogbrothers/featured -- has 600,000 plus subscribers! He uses YouTube, Twitter, and Tumblr to reach his audience and it’s like a huge subculture of smart people who love books – nerdfighters united.

And here’s the thing that I think makes John Green so popular with his readers. He is accessible. Why did my daughter write him a fan letter when she was 16? Because she knew he would hear her. He has a meaningful interactive discussion going on with his readers. And he writes awesome books. I just ordered his other two books, Paper Towns and An Abundance of Katherines, on Amazon, and I can't wait to read them. John Green and his readers constantly say DFTBA, which is "initialism," as Green calls it, for Don’t Forget To Be Awesome. John Green is awesome and so are his readers. Become one and DFTBA.

Posted by Harriet Riley at 9:13 AM No comments: 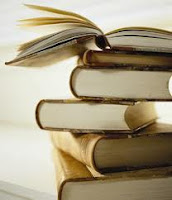 The playwright Tom Stoppard said, “I don’t think writers are sacred, but words are. They deserve respect. If you get the right ones in the right order, you might nudge the world a little or make a poem that children will speak for you when you are dead.” I hope to show my respect for words in this blog and to maybe nudge the world a little by sharing my love for books and writing. Enjoy, and share your thoughts!